The recent completion of the hard and soft landscape at ESB Head Quarters on Fitzwilliam Street Lower represented a significant milestone for O’Brien’s team. The scale, complexity duration of the installation presented enormous challenges for everyone involved.

“We learned a lot and lost a few night’s sleep over the two-year build,” says Systems Manager, Barry Evans. “But as we always do, we met our challenges head-on, solved problems, and delivered above expectation.”

The building was designed by Grafton and O’Mahoney Pike Architects and developed by PJ Hegartys. The dramatic landscape was the vision of Landscape Architect, Bernard Seymour, and was more than a decade in development before the ground was broken. “The scheme is layered with designed landscape green elements, appearing as a honeycomb of voids overlooked by the office accommodation. The sunken courtyards are cooler and moister than the office environment and offer a natural form of air conditioning,” he described.

Encompassing an entire city clock spread over 45,000m2, the landscape installation included the streetscape, courtyards, sunken areas, extensive and intensive rooftops, paving, mature tree planting, furniture, lighting, and sculptures. “It’s hard to put the project into words,” says Project Manager, Derek McDonnell. “It really needs to be seen to be appreciated. And even that won’t capture the enormity of the undertaking. It was tough, to say the least, but we’re very proud of what we achieved as a team”.

Already the recipient of multiple Architectural and Landscape Awards, ESB Head Quarters has raised the bar in terms of quality. 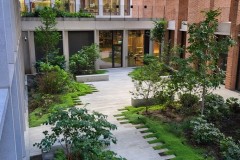 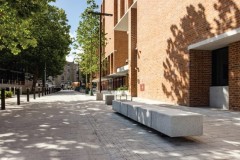 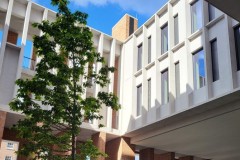 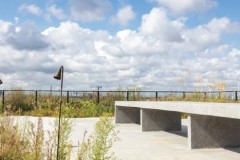 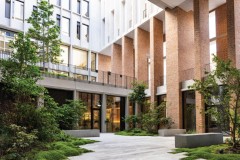 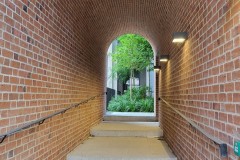 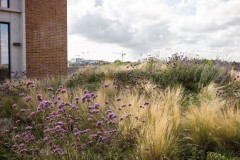 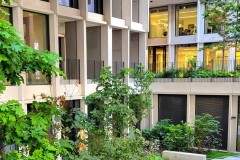 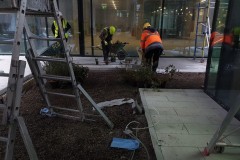 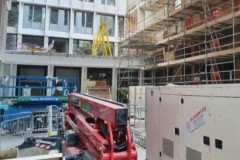 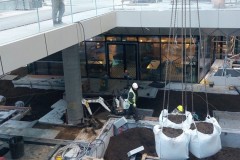 barry lupton2022-11-11T17:56:59+00:00
Page load link
We use cookies to ensure that we give you the best experience on our website. If you continue to use this site we will assume that you are happy with it.OkNo
You can revoke your consent any time using the Revoke consent button.Revoke cookies
Go to Top